Hello, Would you rather have more homework or less.  For me I feel there are lots of pros and cons to this question.
Homework Opens A Bridge Of Communication

Pros-  It allows everyone to get to know each other better, and parents can see where their children are struggling. In the same sense, parents can also see where their children are excelling. Homework in turn can allow for a better, more targeted educational plan for the student. Many people believe that one of the positive effects of homework is that it encourages the discipline of practice. While it may be time consuming and boring compared to other activities, repetition is needed to get better at skills. Homework helps make concepts more clear, and gives students more opportunities when starting their career.

Homework can be something that gets parents involved in their children’s lives if the environment is a healthy one. A parent helping their child with homework makes them take part in their academic success, and allows for the parent to keep up with what the child is doing in school. It can also be a chance to connect together.

Cons-  While many people that think homes are a beneficial environment for children to learn, not all homes provide a healthy environment, and there may be very little investment from parents. Some parents do not provide any kind of support or homework help, and even if they would like to, due to personal barriers, they sometimes cannot. Homework can create friction between children and their parents, which is one of the reasons why homework is bad.

School is already a full-time job for students, as they generally spend over 6 hours each day in class. Students also often have extracurricular activities such as sports, music, or art that are just as important as their traditional courses. Adding on extra hours to all of these demands is a lot for children to manage, and prevents students from having extra time to themselves for a variety of creative endeavors. Homework prevents self discovery and having the time to learn new skills outside of the school system. This is one of the main disadvantages of homework.

Taekwondo, is a Korean martial art, characterized by punching and kicking techniques, with emphasis on head-height kicks, jumping spinning kicks, and fast kicking techniques. The literal translation for tae kwon do is "kicking," "punching," and "the art or way of." It is a martial art that attacks or defends with hands and feet anytime, anywhere without any weapons, and the purpose of physical training is important, but it also has great significance in fostering the right mind through mental armament.

Taekwondo practitioners wear a uniform, known as a dobok. It is a combat sport and was developed during the 1940s and 1950s by Korean martial artists with experience in martial arts such as karate, Chinese martial arts, and indigenous Korean martial arts traditions such as Taekkyon, Subak, and Gwonbeop. The oldest governing body for Taekwondo is the Korea Taekwondo Association (KTA), formed in 1959 through a collaborative effort by representatives from the nine original kwans, or martial arts schools, in Korea. The main international organizational bodies for Taekwondo today are the International Taekwon-Do Federation (ITF), founded by Choi Hong Hi in 1966, and the partnership of the Kukkiwon and World Taekwondo (WT, formerly World Taekwondo Federation or WTF), founded in 1972 and 1973 respectively by the Korea Taekwondo Association. Taekwondo a type of full-contact sparring, has been an Olympic event since 2000. The governing body for Taekwondo in the Olympics and Paralympics is World Taekwondo. 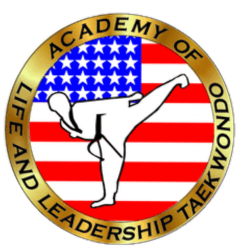 Thanks for reading and we have good stats

And if you think I should correct something or a recommendation to do a blog about one thing pls comment in this blog.

The composer is Papanasam Sivan. Khamas is a raga in Carnatic music (musical scale of South Indian classical music). It is a janya raga from the 28th melakarta raga Harikambhoji. It is a janya scale, as it does not have all the seven swaras.
Who is Papanasam Sivan: Paapanaasam Raamayya Sivan (26 September 1890 – 1 October 1973[1]) was an Indian composer of Carnatic music and a singer.  He composed Kadaikkan paarvaiyadu in this Khamas Raga.
This is the original song just it is by Sanjay Subramanian - https://www.youtube.com/watch?v=QzOc7L7DV3o
Thanks for Reading!!!
at April 17, 2021 1 comment:

In 1812 Babbage helped found the Analytical Society, whose object was to introduce developments from the European continent into English mathematics. In 1816 he was elected a fellow of the Royal Society of London. He was instrumental in founding the Royal Astronomical (1820) and Statistical (1834) societies.

The idea of mechanically calculating mathematical tables first came to Babbage in 1812 or 1813. Later he made a small calculator that could perform certain mathematical computations to eight decimals. Then in 1823 he obtained government support for the design of a projected machine, the Difference Engine, with a 20-decimal capacity.

Subhas Chandra Bose was born on 23 January 1897 and died on 18 August 1945. He was an Indian nationalist whose defiant patriotism made him a hero in India, but whose attempts during World War II to rid India of British rule with the help of Nazi Germany and Imperial Japan left a troubled legacy. The honorific Netaji (Respected Leader) was first applied to Bose in Germany in early 1942—by the Indian soldiers of the Indische Legion and by the German and Indian officials in the Special Bureau for India in Berlin 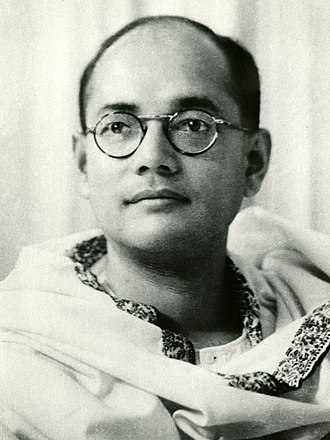 Subhas Bose was born into wealth and privilege in a large Bengali family in Orissa during the high noon of the British Raj.
In April 1941, Bose arrived in Nazi Germany, where the leadership offered unexpected, if equivocal, sympathy for India's independence.

The Indian National Army (INA) had been formed in 1942 from the Indian POWs of the British Indian army captured by the Japanese in the Battle of Singapore. After arrival in Singapore, Bose enlisted Indian civilians, chiefly Tamil ones, in Malaya and Singapore. The Japanese had come to support a number of puppet and provisional governments in the captured regions. With Japanese support, a Provisional Government of Free India under Bose was formed in the Japanese-occupied Andaman and Nicobar Islands.

Apple is a prominent hardware and software company best known for its series of personal computers, the iPod and its innovative marketing strategies for its products. Introduced in 1984, the Macintosh was the first widely sold personal computer with a graphical user interface (GUI).

Apple was the first to make a digital color camera. The name iPod was inspired by the movie 2001: A Space Odyssey. At present, Apple is the largest publicly traded company in the United States. Apple's cash on hand, around $155 billion, could give everyone in the US, $490.00!